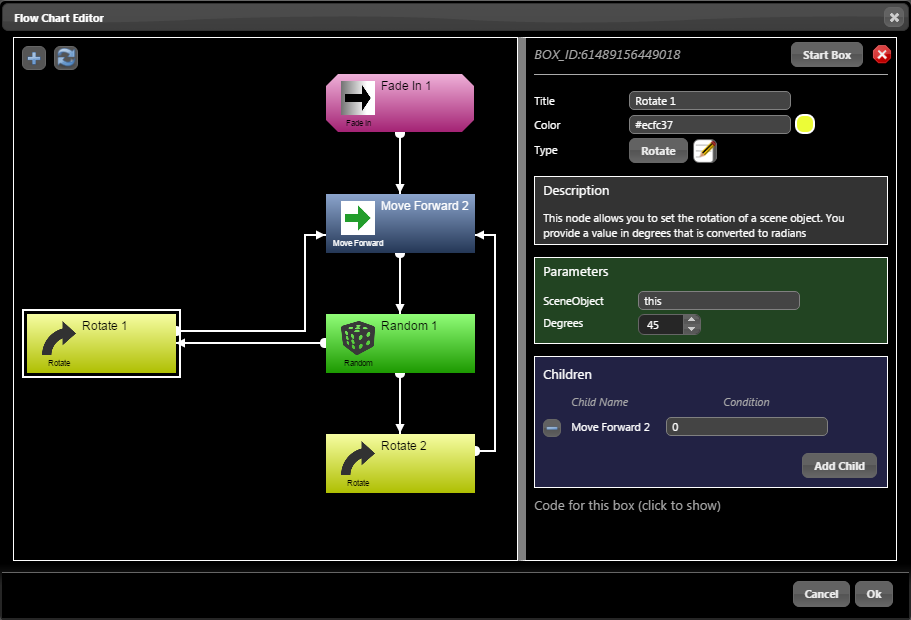 This is a pretty significant new feature. You can switch between traditional scripting and visual scripting as often as you like with WADE's new, extremely flexible flow chart system.
There is a lot to say about this feature, so it's got its own dedicated blog post

There are a couple of new toys that you can play with in version 3.6. You can set a post-process shader for each layer.

This is done in the scene properties tab, in the Layer menu. Just click to show the post process shader for each layer, and you can start having some fun. 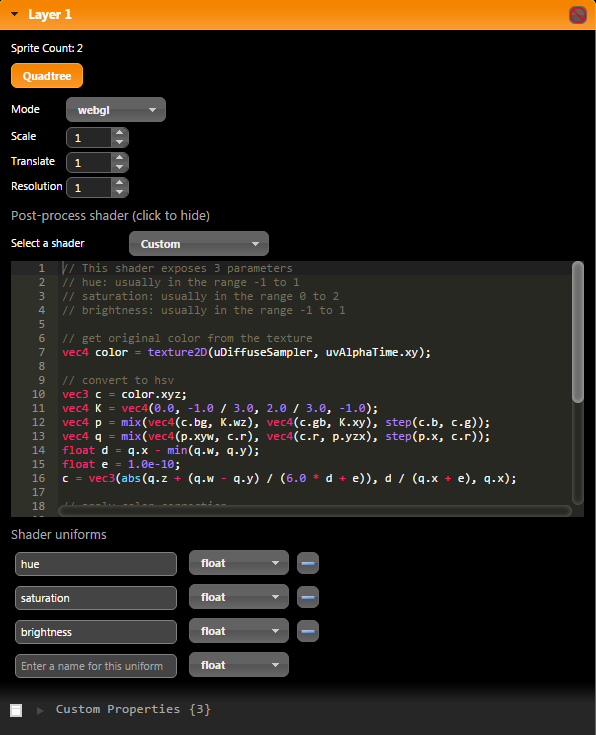 As you can see, there is also a drop-down menu that lets you select some pre-defined shaders from our library. It's just a few of them for now, but this is going to be an ever-growing collection of cool effects.

Importantly, this drop-down menu is now also available in the Sprite editor. So you can add cool effects to a whole layer, or to individual sprites.

As usual, anything that can be done in the editor can also be done through the API, which has been extended to give you the ability to change layer properties (that may affect your post-process shaders) in real time.

As a (completely pointless) example, I've made a quick demo. It literally took me 5 minutes. Just move the mouse over this picture here. Using the ready-made Color Correction shader, I am changing the saturation level depending on the vertical coordinate, and the hue based on the horizontal coordinate.


Improvements to the API and the editor

From functions to quickly clone objects several times (SceneObject.toGrid), to more camera events, to wade-managed setTimeout and setInterval functions, the API has been extended quite a bit.

And the editor too! You will see details about each event in the Functions tab, a cleaner interface for adding and importing files and folders, and an overall smoother user experience.

As usual, the full list of changes is quite long, and in these blog posts we only highlight a few things. But do check the change log if you want to know all about it.