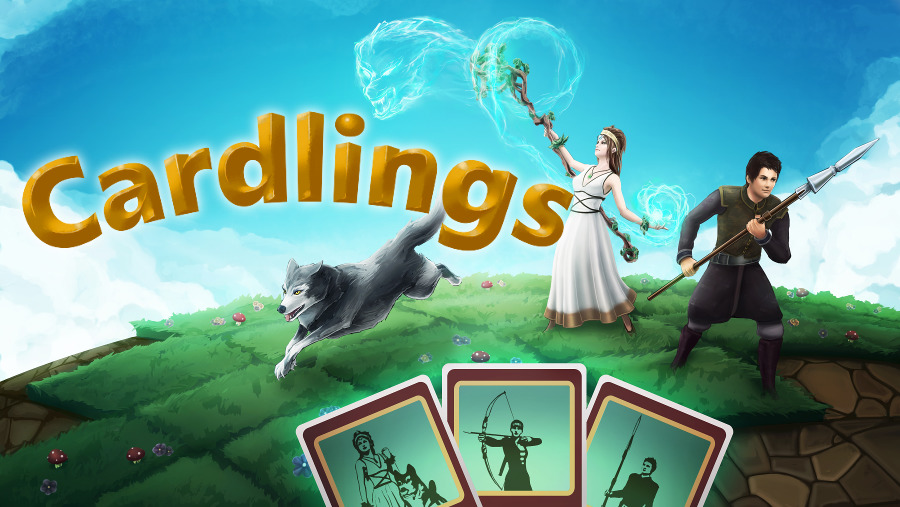 Game promises no waiting times, with all the depth of turn-based strategy games

Clockwork Chilli announced today that their "digital board game" Cardlings will be released on June 5th for Windows, MacOs and Linux, with a tablet version to follow for cross-platform multiplayer. It's a tactical game where the cards in your hand become units and buildings on the board. A deeply strategic experience condensed into fast-paced matches that rarely take longer than half an hour.

A novel gameplay mechanic lets players engage in different types of turns simultaneously. While you play a combat turn (moving your units and attacking), your opponent plays a building turn (collecting resources, placing and upgrading buildings). At the end of the turn, you switch roles. The key to delivering fast-paced games is the fact that only the player in a combat turn can decide to end the turn, and it is in their best interest to do so as quickly as possible, to stop their opponent gathering lots of resources. This forces players to think quickly and results in an intense strategic experience.

Traditional turn-based games can be deep and very satisfying, offering plenty of strategic choices that allow players to really prove who's the smartest. On the downside though, they tend to last ages and have a pretty steep learning curve. Frustrated with these limitations, the team at Clockwork Chilli set out to create a streamlined, fast-paced experience without compromising on the strategic depth. "We really wanted to be able to play a quick tactical game over our lunch break" said Giordano Ferdinandi, lead developer at Clockwork Chilli. "We needed something quick to play, but not necessarily casual. As much as we love traditional turn-based games, sometimes we just can't afford to spend entire days playing a game".

You can play Cardlings against the AI (with 3 difficulty settings) or against other players online.

Clearly the best strategy is to head over to Steam now to wishlist the game ahead of release. 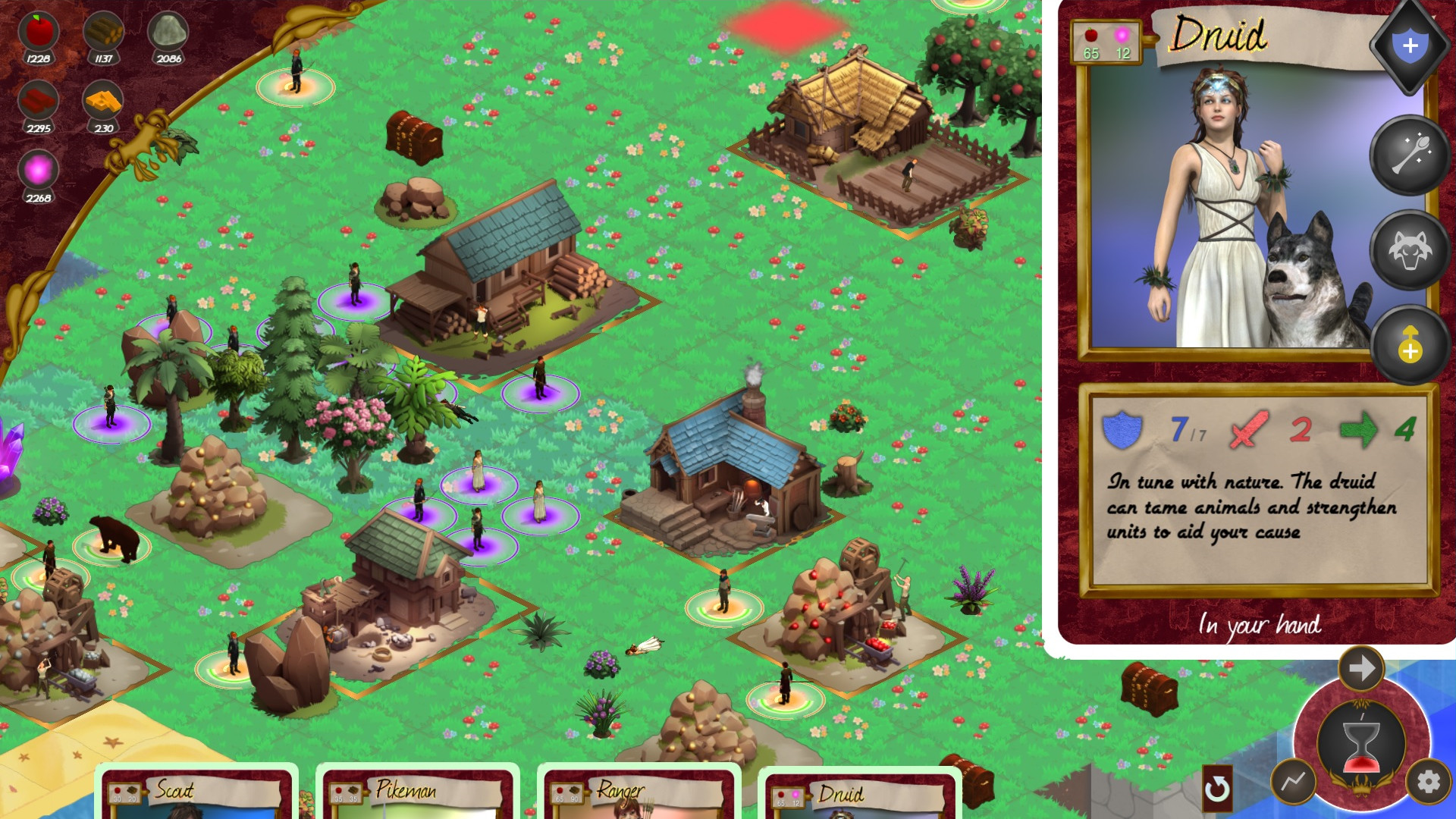 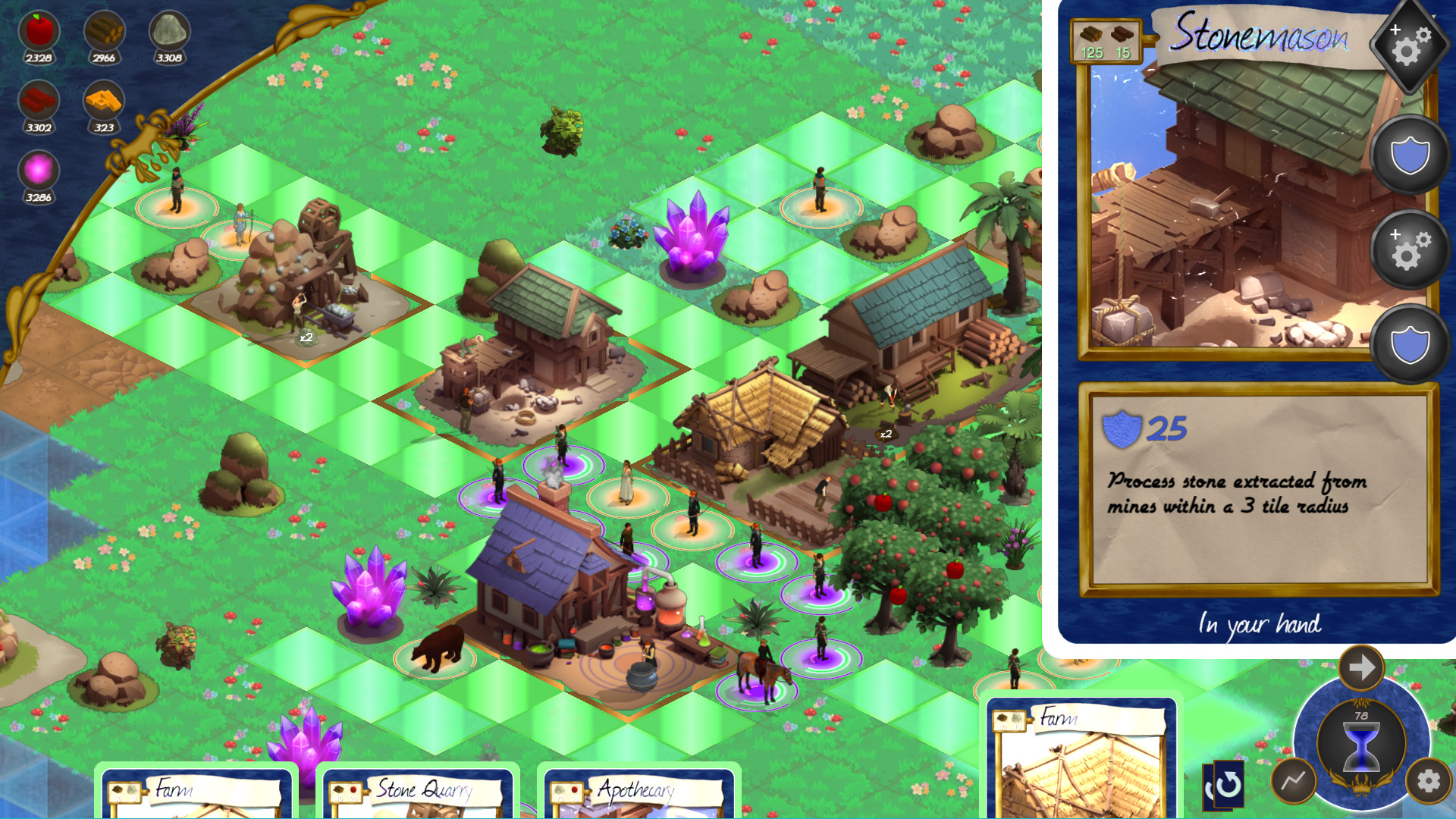 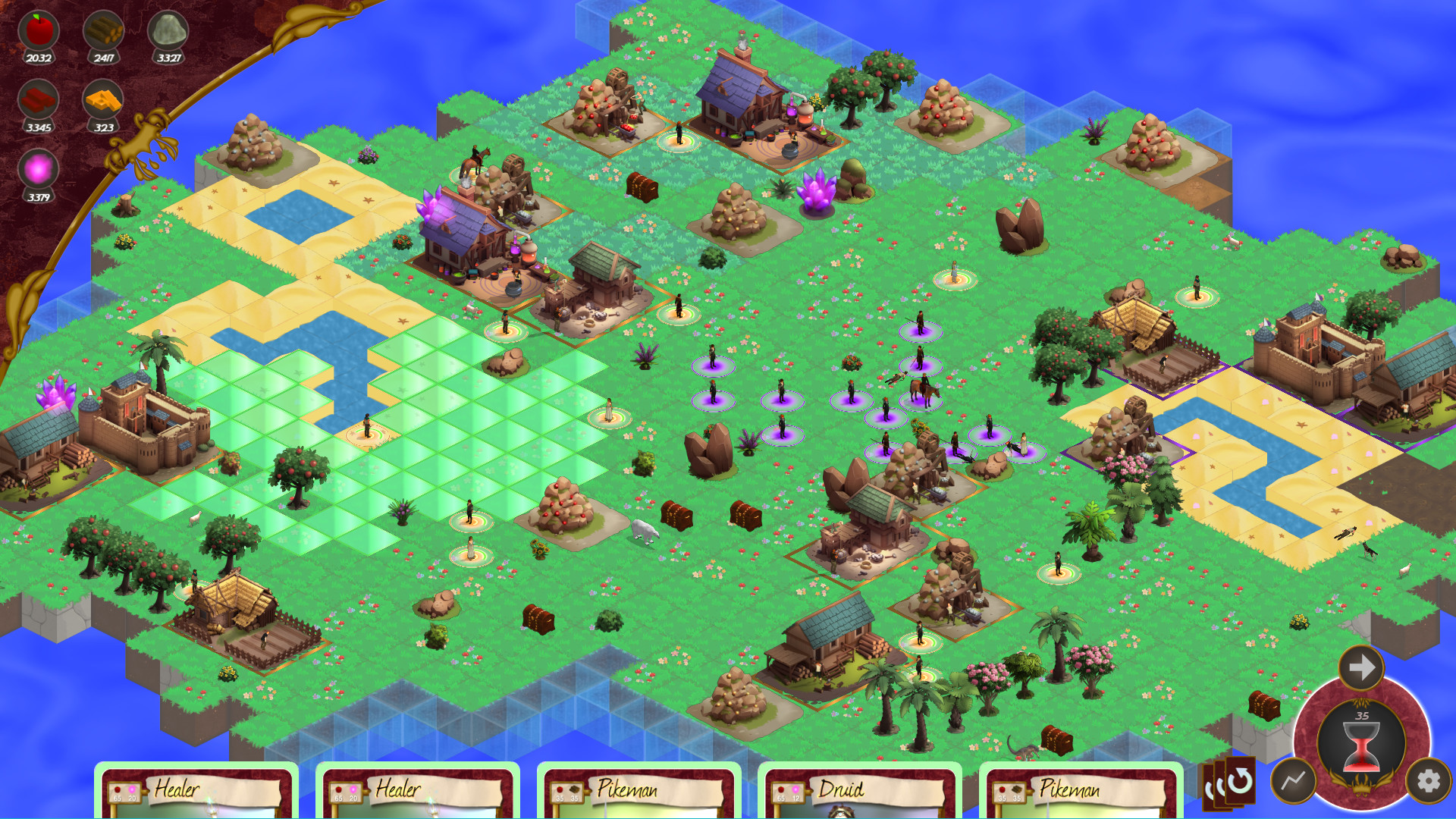 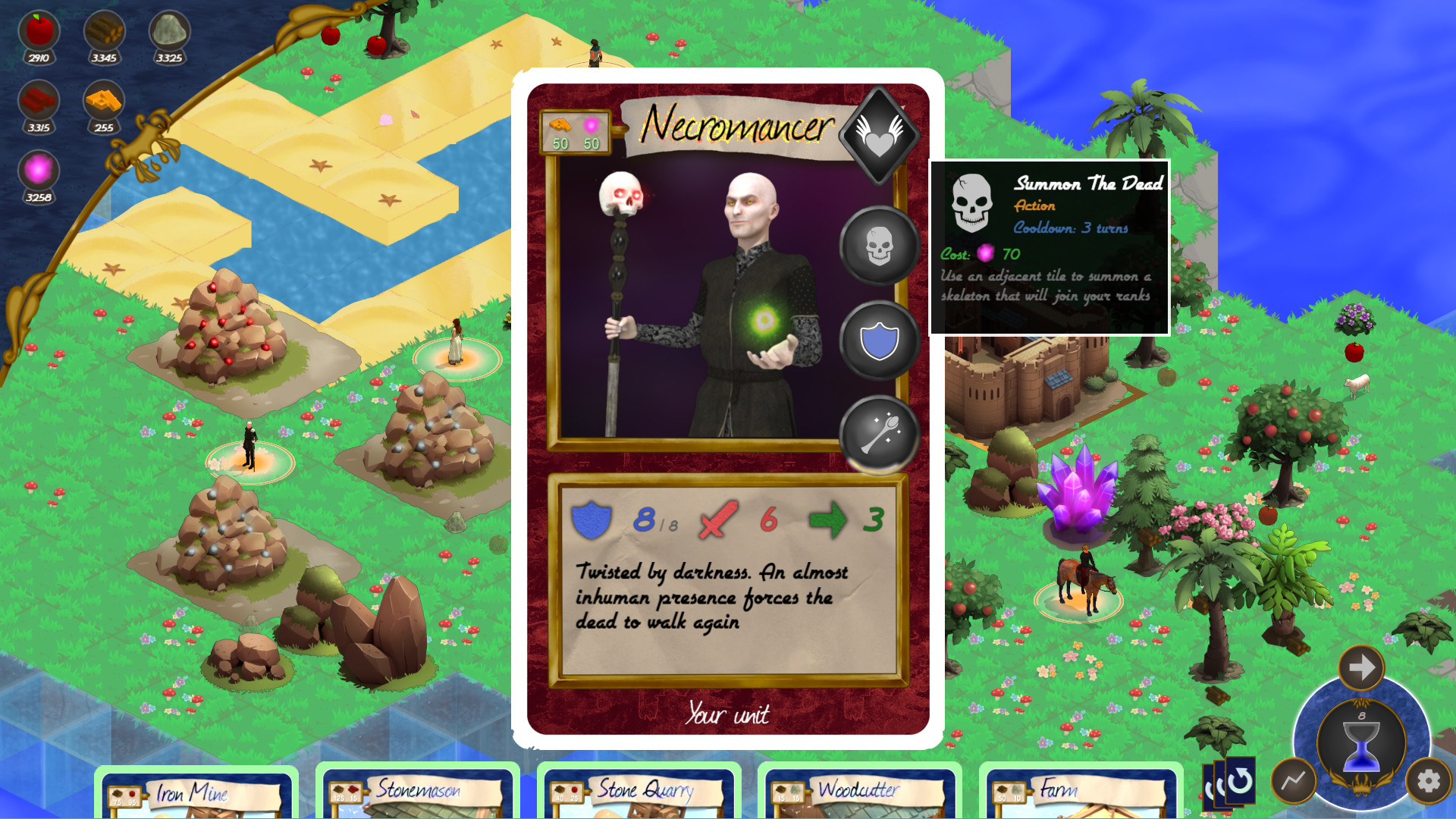 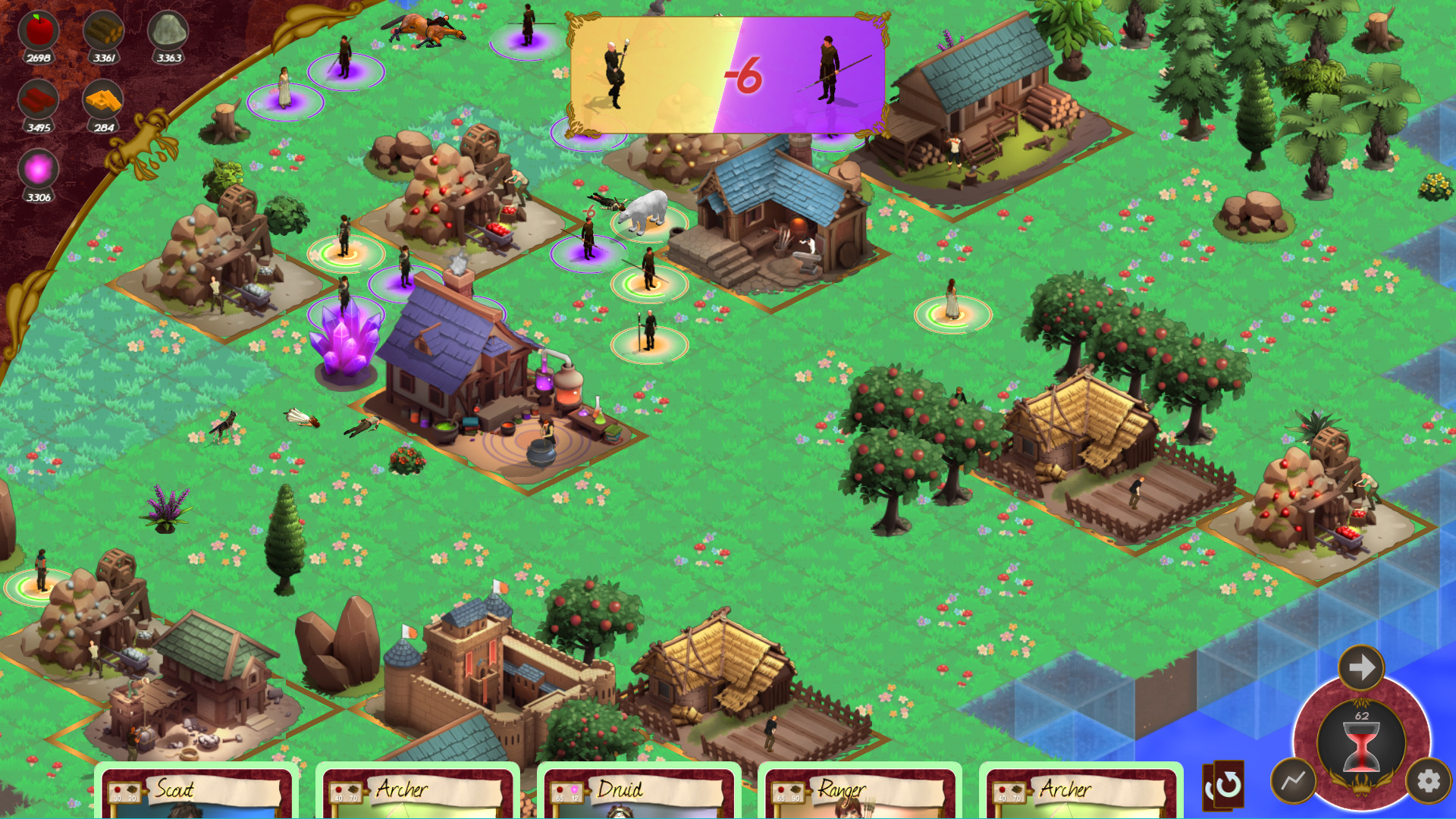 Cardlings is a digital board game where the cards in your hand become units and buildings on the board.

With lots of different units and unique abilities for each unit, there are countless strategies to achieve your goals.

Cardlings is a turn-based strategy game (single and multiplayer) with a twist.

There are two types of turns: a combat turn, and a building turn. Both players take their turns at the same time.

While player 1 has his combat turn, player 2 will have his building turn and vice versa. There is no waiting time between turns.

With lots of different units and unique abilities for each unit, there are countless strategies to achieve your goals.

Cardlings is a novel tactical game, with new mechanics that result in fast paced games with no waiting time between turns.

Your goal is to either destroy the enemy castle with any means at your disposal (and there are lots), or fully upgrade your own castle by gathering enough resources.

But this is not a traditional turn-based game. While you play a combat turn, moving your units around and attacking, your opponent plays a building turn: they can place buildings and collect resources. At the end of each turn you switch roles.

Only the player playing a combat turn can decide to end the turn, and it's in their best interest to do so as quickly as possible (to stop their opponent gathering lots of resources). This results in very intense, fast-paced games that still preserve all the depth of more traditional turn-based strategy titles.

Ultimately it's a game of wits where the winner is the player who makes the best use of the cards in their hand and the resources in the procedurally generated maps. You will have to think quickly. Will you be able to defeat the AI on the hardest difficulty level? Will you be brave enough to challenge other human players online? 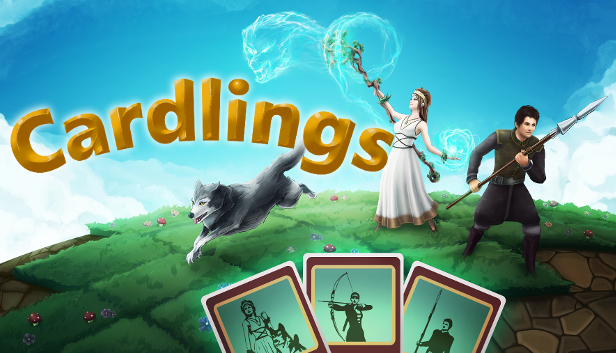 Clockwork Chilli is an indie development company based in Newcastle upon Tyne, UK

Their flagship product is WADE, an open-source game engine based on HTML5 that allows developers to make games directly from their browser. WADE is used by thousands of indie devs worldwide to create web games 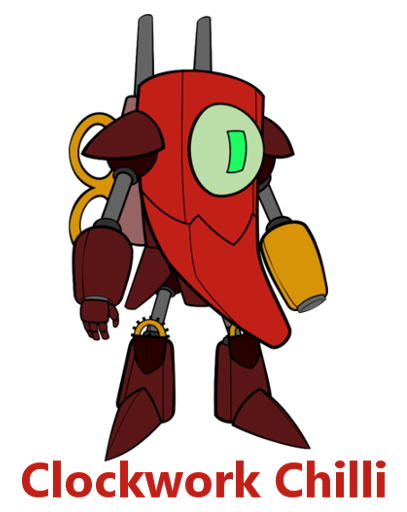 For any queries about the game, get in touch with Gio: cardlings@clockworkchilli.com