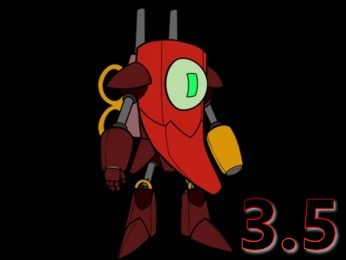 A physics shape editor and a Match-3 editor
Posted on December 19th, 2016 by Gio
Among other things... pixel perfect mouse events, a sort point editor and more
READ MORE 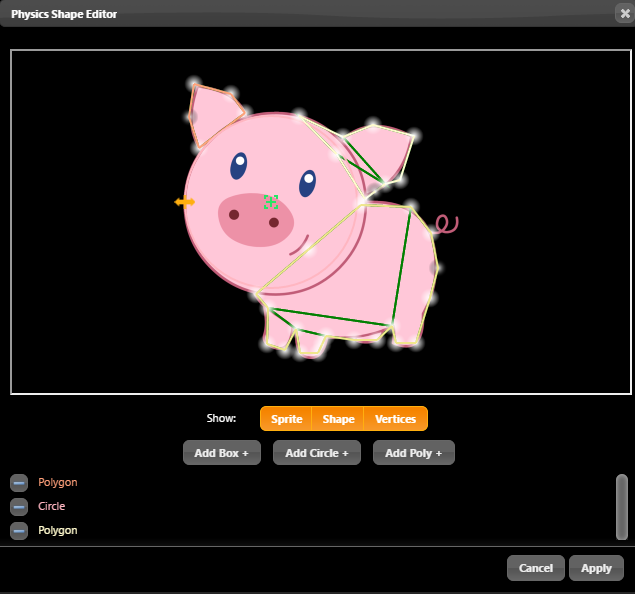 There is now a very easy way to use any shapes that you want for your collisions and physics simulations. Instead of typing in the coordinates of each vertex, you can simply drag and drop vertices around; click an edge to add a new vertex, or right-click a vertex to remove it.

You can assign multiple shapes to the same object of course, and these can be a mixture of polygons, boxes and circles.

Our physics engine (which is based on Box2D) only supports convex collision shapes, but you don't need to worry about that! A clever algorithm splits any concave shapes into multiple convex shapes automatically, in real time.

In short, you can make all the physics shapes you like with this new little tool. To open it, after enabling physics in the editor, select an object with the PhysicsObject behavior, and click the Edit Physics Shapes button.

To learn more, you can watch this video tutorial on YouTube: Physics Shape Editor

Since we released the source code of our Open Match 3 game in 2014, it's been used literally by thousands of people to make all sorts of match3 games. But that was done before the awesome WADE editor even existed. Now we thought it'd be nice to give you an easy visual way of editing your match-3 games directly from the WADE editor. 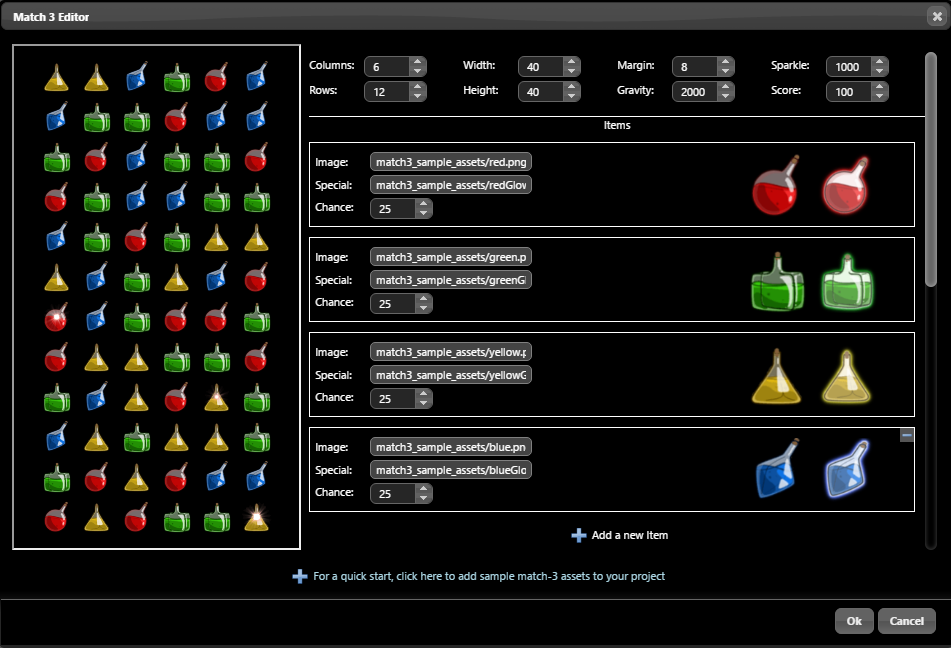 With the new editor you can create match-3 games in a matter of minutes. But again, a video is worth a thousand words, so check out our new video tutorial to see how it works.

Starting with version 3.5, you can decide to receive mouse events only on the opaque parts of transparent sprites. You can control this per sprite, by selecting the Pixel Perfect option in the sprite tab. 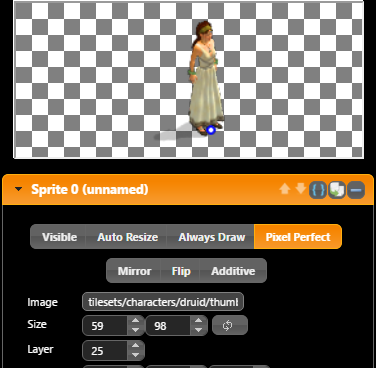 When making games that require some specific sorting (for example isometric games), it's always been a pain to guess what the correct sort point should be for each sprite. In an isometric world, you typically look at the area of the sprite that collides with the ground, and pick the middle point of that area. But what's the correct value in terms of numbers? You don't have to do the maths anymore, you can simply drag around a marker in the sprite preview - see that blue dot? This works in the isometric tile editor as well. 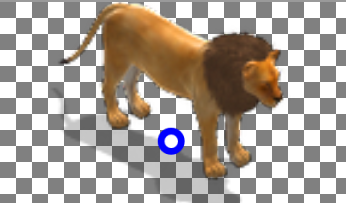 Lots of other improvements and bug fixes